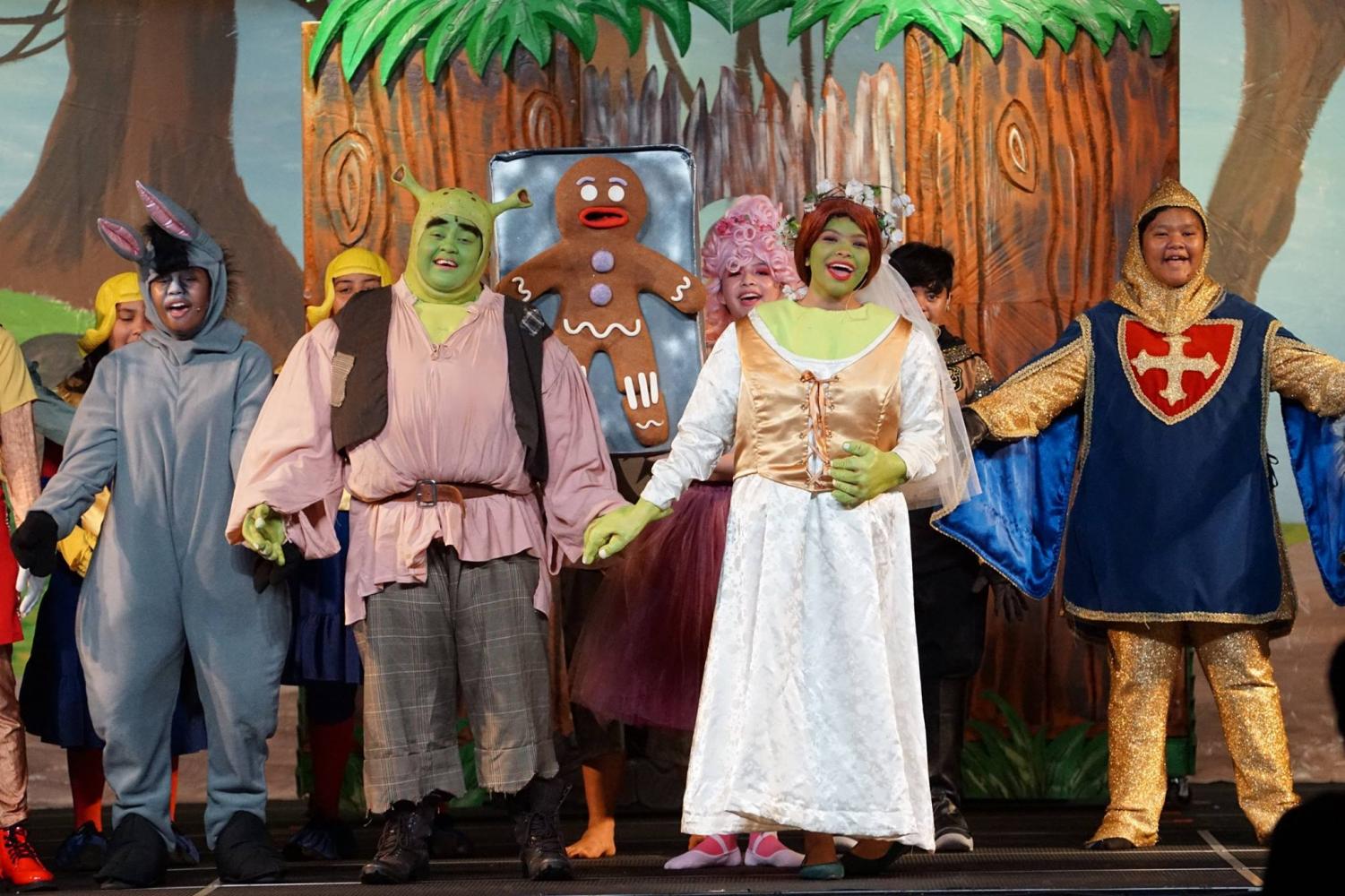 Audience not frightened away from NPAC's Spring Musical

Shrek the Musical arrived at its destination in the Nanakuli High and Intermediate School’s Multi Purpose building from April 20 to 29. The Nanakuli High and Intermediate School Performing Arts Center production was a success. Shrek an Ogre is an unlikely hero who saves a fair princess Fiona in hope to get his swamp back from Lord Farquaad with the help of his best friend Donkey.  Along the way they meet a multitude of characters and go through a journey filled with tests on friendship and love. 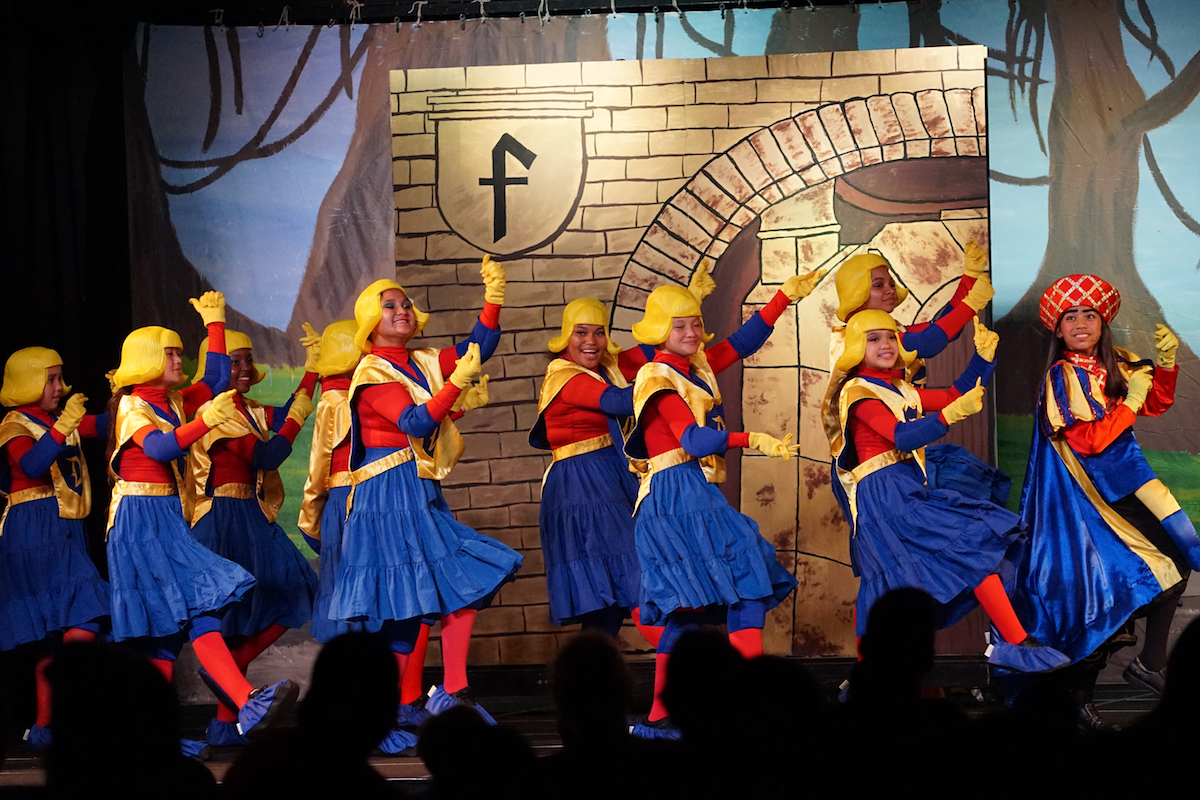 The evening began with a striking blackout scene. In plain sight, appears a family of ogres, one of which is young Shrek. This was one of the many scenes which had astounding lighting. The lighting throughout the entire play was eye catching as the combinations of colors throughout the play enhanced the performances. There was one scene where Fiona was in the shadows, and the light had directed to Shrek and Donkey. This brought the attention to Shrek and Donkey, making the illusion of Fiona being in a cave. 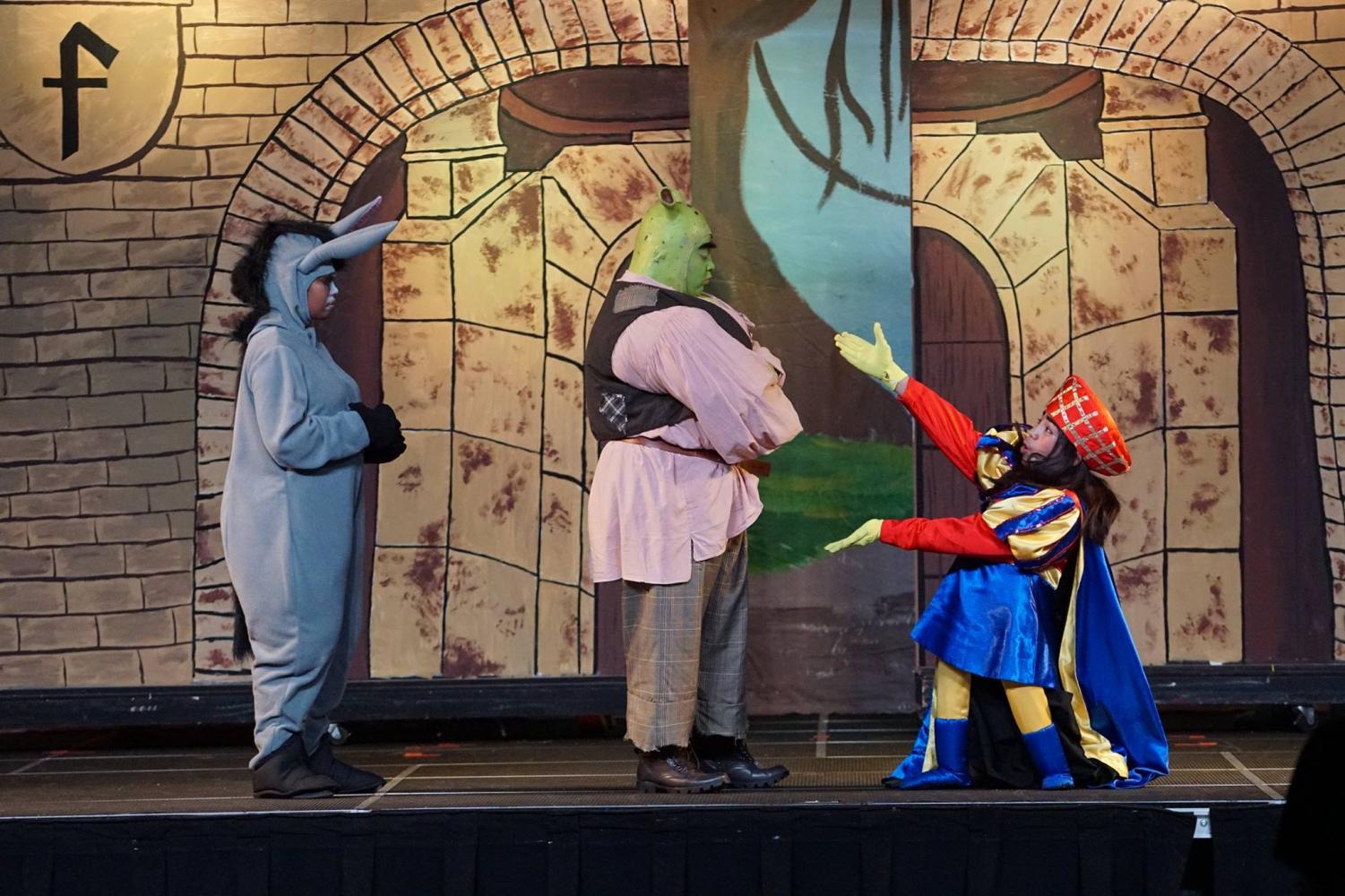 The lighting and other components of the show made the play very entertaining, and engaging. The costumes, oh my, there was a lot of creativity put into this one. The Three Blind Mice, Sugar Plum Fairy, Pinocchio, Duloc Dancers, Three Bears, Lord Farquaad, Pied Piper, Big Bad Wolf, Wicked Witch, and many other characters all were in great costumes.

“We do not have air conditioning in the cafeteria, and the costumes for the show are really hot. Everybody is sweating in the back. Literally in the backstage area, they take off all their clothes and try and fan themselves,” said NPAC junior Aurora Slover. 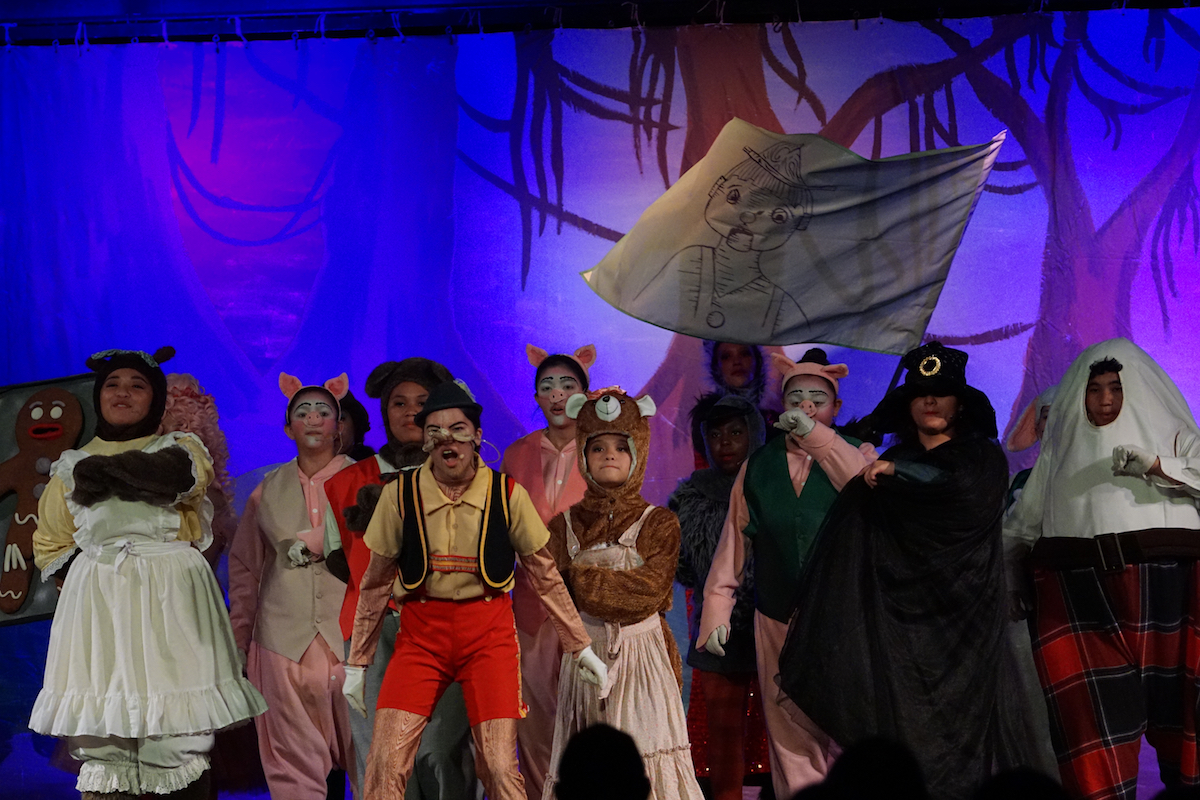 The heat was not the only challenge that was brought up with the costumes, the ability to take them on and off properly and in time was another hassle.

“Just cleaning up, costume changes were a little challenging but we got through it. So we would only have one song to change, and that’s basically it. You have to wait for the next song and then you’d be saying, ‘oh no! It’s the next song, what?!’ We have Shrek and Donkey stalling for us as we get ready for the next song,” said NPAC sophomore Alysia Kepaa. 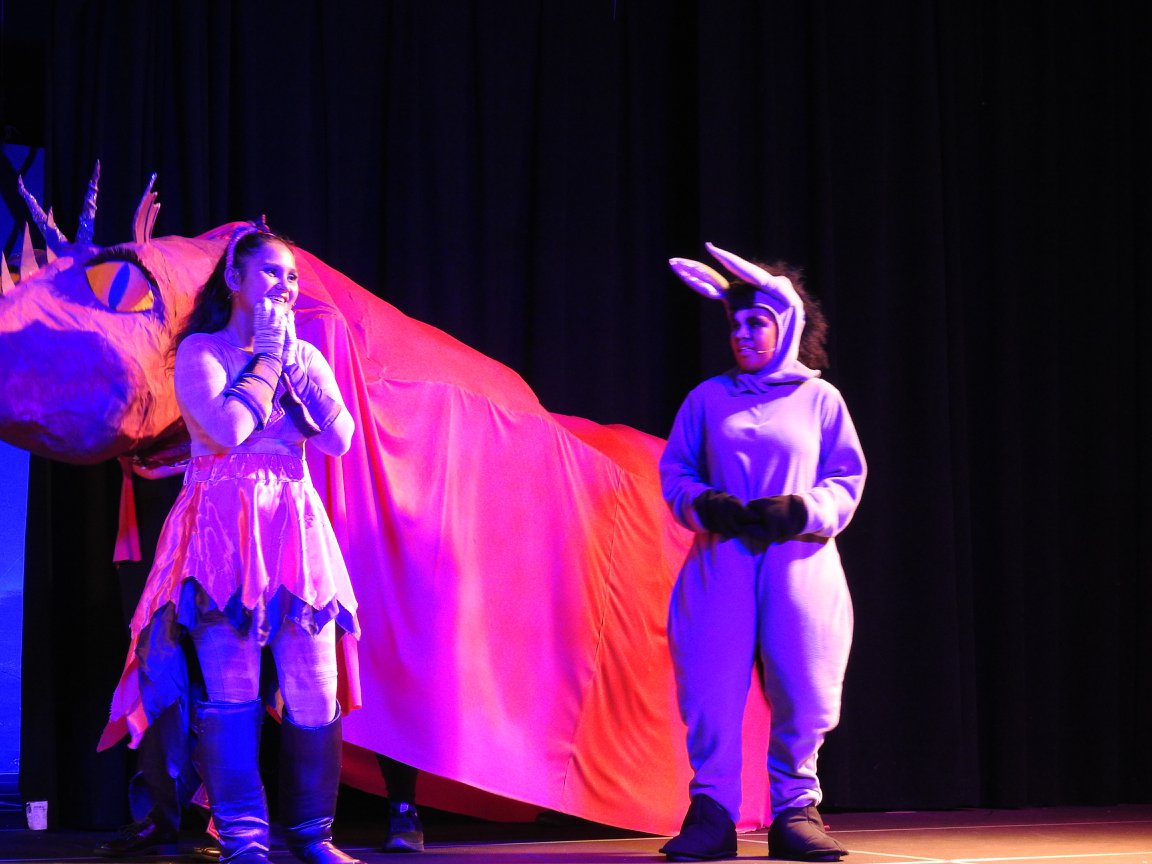 The acting was incredible. I loved how the students’ changed their tone, reactions and movements to fit the character they had. Although they did well at that, it did not come without a challenge to maintain their character.

“Some challenges were trying to figure out how to play the voice of the Gingerbread Man since that’s the character I play. Also Sugar Plum Fairy since she has a Russian accent, and then lastly the Blind Mice because I’m blind and I didn’t know how to act out being blind,” said NPAC freshman Ke`alailiahi Ford. 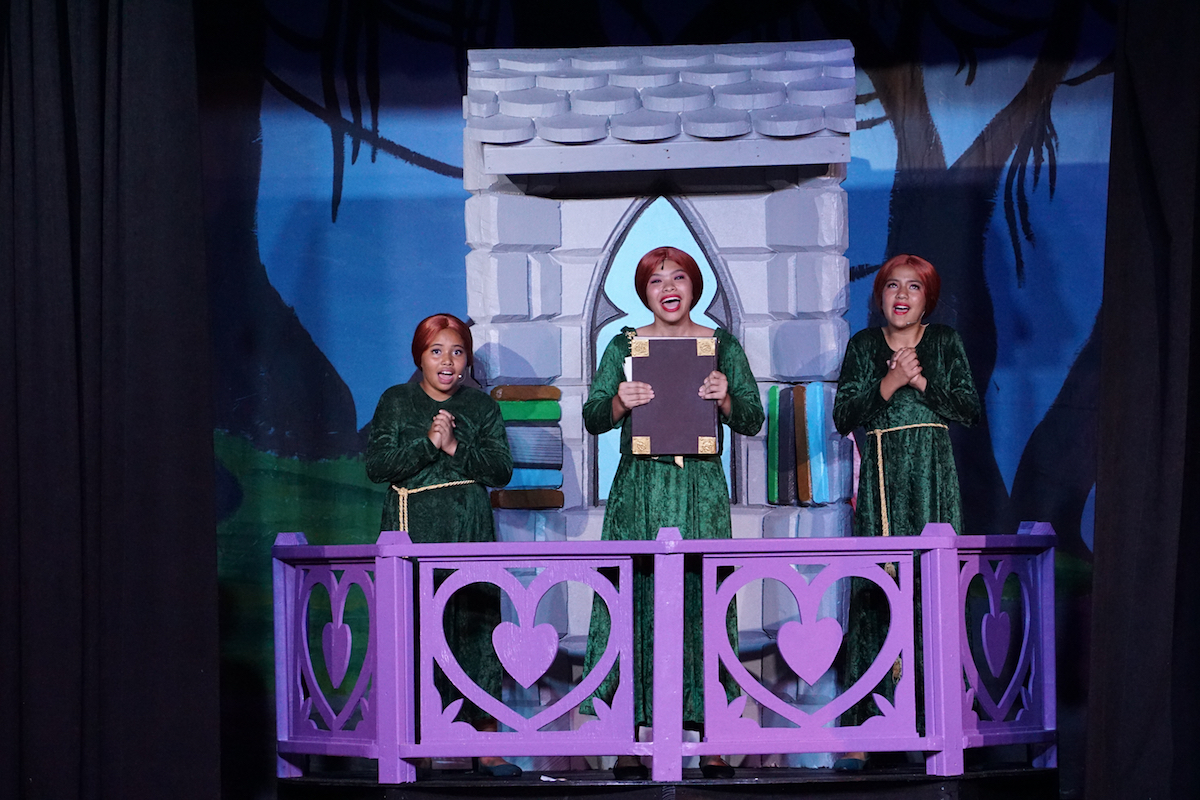 Overall, the feedback from the audience was wonderful and many were surprised at the performances as Shrek The Musical was their first time seeing a NPAC performance.

“Everything was great. It was awesome. Well put together,” said audience member Cheya Kabololu-Ayau.

“I thought this show was an awesome show. From the acting, the singing, and even the costumes looked really nice,” said NHIS Principal Darin Pilialoha. “Just looking at the amount of people coming on tonight, there is interest with the arts. It’s one thing with myself that we need to support because it is another outlet exhibiting life skills.” 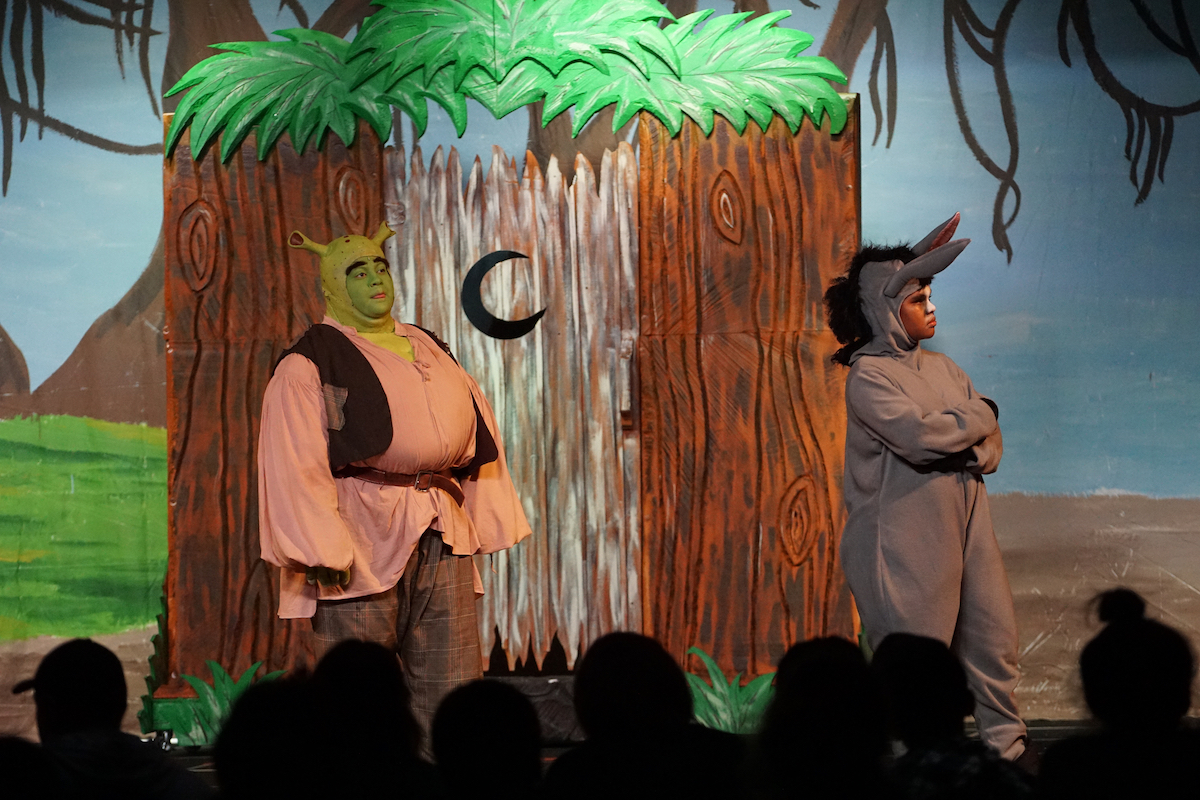 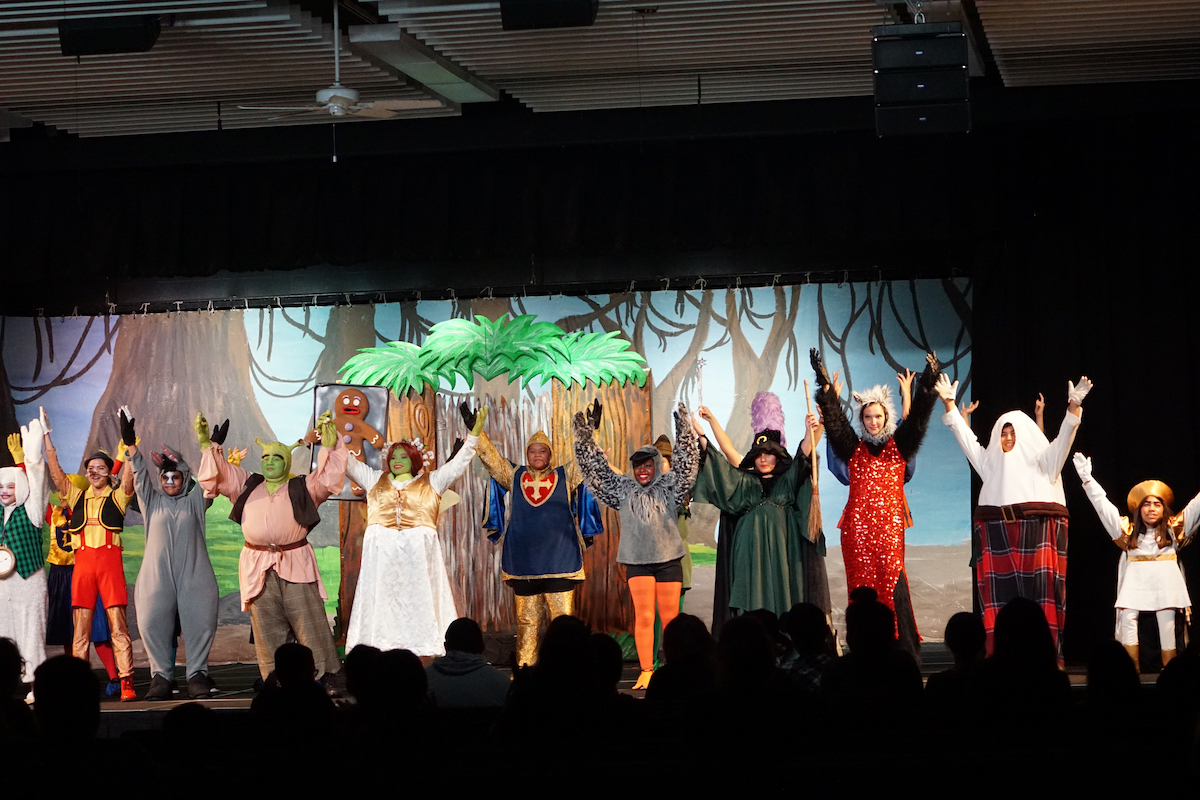 Ka Leo 'O Nanakuli intends for this area to be used to foster healthy, thought-provoking discussion. Comments are expected to adhere to our standards and to be respectful and constructive. As such, we do not permit the use of profanity, foul language, personal attacks, or the use of language that might be interpreted as libelous. Comments are reviewed and must be approved by a moderator to ensure that they meet these standards. Ka Leo 'O Nanakuli does not allow anonymous comments, and Ka Leo 'O Nanakuli requires a valid email address. The email address will not be displayed but will be used to confirm your comments.
All Ka Leo ʻO Nanakuli Picks Reader Picks Sort: Newest