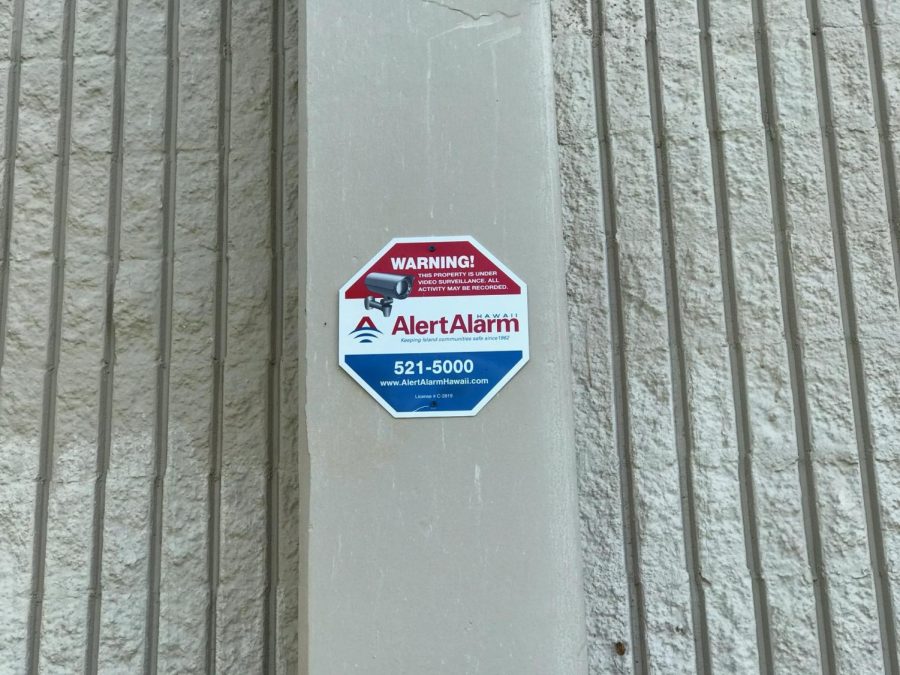 NHIS now has school video cameras installed all around the campus.

NHIS students and staff can now feel secure or paranoid as the school installed cameras all around campus. The cameras are currently up and running and will allow the school to monitor areas around campus. School funds were used to purchase the cameras. The camera project was a topic of discussion last school year and was recommended by the District and NHIS Administration team went with the recommendation.

The purpose of the cameras is to ensure the safety of students, faculty, and staff as well as to monitor school facilities before, during, and after school hours.

“I think that there in very public visible areas. I think that they will help our school administrations identify problem areas or incidents on campus, a student gets into a fight or an altercation, the administration would be able to have video evidence to show that,” said Social Studies teacher Jeffrey Uyemura-Reyes.

Band teacher Blythe Emler added, “I think it’s the best idea ever. I feel like we should have had this like 5 years ago. I feel like we’re late to the game and I’m glad we finally caught up with the rest of the world.”

For many students, having the cameras around has garnered mixed reactions — some feel that it may invade a students’ privacy, but also understanding the benefits that it may bring within school discipline.

“I mean I wouldn’t mind the cameras but I also think it’s an invasion of the students’ privacy because some of the students might feel like they’re being watched all the time,” said Junior Alexis Cardines.

Junior Elexizijah Kalei Aipoalani-Tuaoi-To’oto’o added, “It’s kind of weird having people watch you like when we’re walking through the halls, it’s kind of creepy to me but I think that they can use that to bring the students discipline so that they can act upon their wrongdoings. Like if a student got caught doing something they shouldn’t be doing they can actually do something about it because they have proof.”

By having cameras around campus, teachers feel more secure when having to stay late for certain activities or just for the safety of their classrooms. NHIS has had a history of classroom break-ins and graffiti, thus having cameras would allow the administration to identify the culprits.

“Iʻve been wanting cameras on campus for years and the reason is that in the past I’ve had the experience of sleeping over at the school for NPAC activities so it’s very interesting to see what kind of people walk around campus at 1 and 2 in the morning. We’ve had classrooms broken into overnight, graffiti, and vandalism so my hope is that by publicizing and the community knowing that we have cameras it’ll prevent or discourage people from doing inappropriate activities on campus,” said Student Activities Coordinator and NPAC Director Robin Kitsu.