No more wasted time in lockout 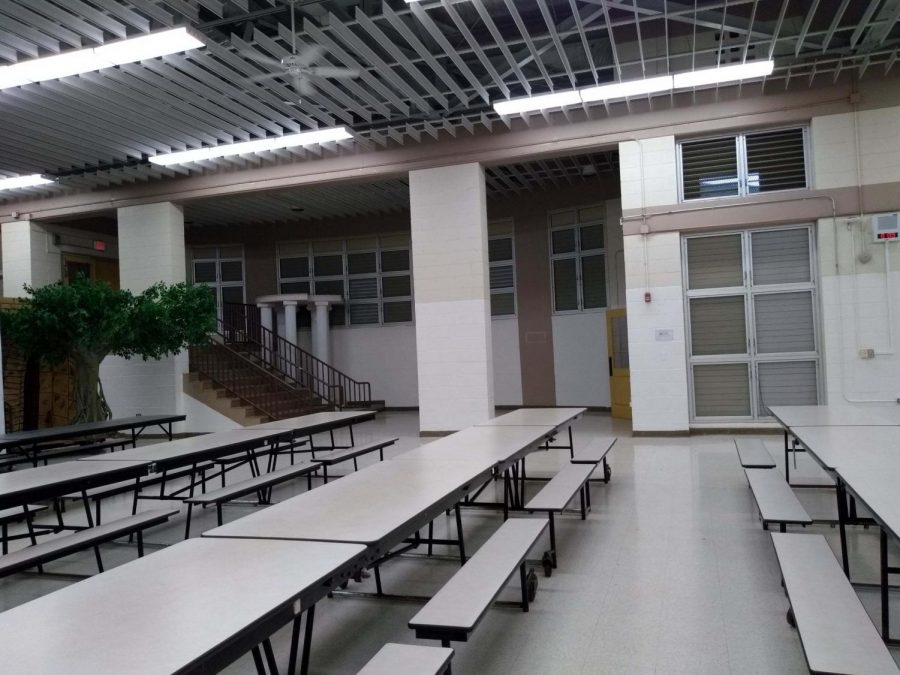 The area that was used to house lockout students now stands vacant during the school day.

After two years, lockout has been canceled for the 2018-2019 school year because students were finding a way to avoid reporting to lockout.

Although teachers claimed that it did help improve attendance, students who were supposed to report to lockout instead were going off campus.

“Lockout initially began two years ago. It was a teacher initiated program and the intent of that was to encourage students to come to school on time. What happened were unintended consequences of lockout. When students found out that they were late and couldn’t go to class and they had to go to lockout, there were students that didn’t want to go to lockout and subsequently they ended up leaving campus,” said Corrina Luna Assistant Principal.

Kevin Tynan middle school math teacher thought that lockout could have been effective if everyone followed the lockout procedure.

“So I was one of the few when I was in high school that was pretty adamant about doing the lockout procedure so I felt like it was a start of something. I feel like everybody never did it so it wasn’t effective from that standpoint,” said Tynan.

On the other hand, Kellie Kajiwara high school chemistry teacher felt that lockout was a good idea.

“The good thing about lockout for me as a teacher was that I didn’t have to continuously restart or repeat myself because of students coming in late and they missed everything so I have to say it again and more kids come in late kind of deal,” said Kajiwara.

Some students were honest about using lockout to get out of class or having a place to just hang out.

“It was good because they don’t punish you or anything. You just literally go on your phone,” said senior Tatyana Samuels.

Briston Bajet a junior had a different situation for being sent to lockout.

“I’ve been only sent to lockout a couple of times only for the reasons that I was stuck in traffic and I really couldn’t rush to school that fast so I was really disappointed that they [teachers] wouldn’t let me explain myself before I can go in,” said Bajet.

So now that lockout is canceled, what can teachers and administrators do to encourage students to come to school and class on time?

“We have this system where Mr. Pilialoha reminds the students that you have like three minutes, two minutes, and I’ve actually seen students running. They run to class,” said Luna.

Kajiwara is working on building a positive classroom culture in all her periods.

“That’s a good question. I think that’s the question a lot of people struggle with. I mean, I think as a teacher my role is just building a classroom culture where students feel like they shouldn’t be tardy like they want to be on time or they know if they are late, they’ll miss work or miss something important or even if they’ll be disrespecting their peers time because they are tardy,” said Kajiwara.

Luna shares that relationships and engagement are the answers.

“One of the best things I can say is that our teachers they have relationships with the students, very positive and their relationships with the students and their instruction is very engaging and they want to be present. I think thus students want to be in class they want to learn. I think that’s a powerful way to get our students in class on time,” said Luna.